Have A Word Members Of Parliament 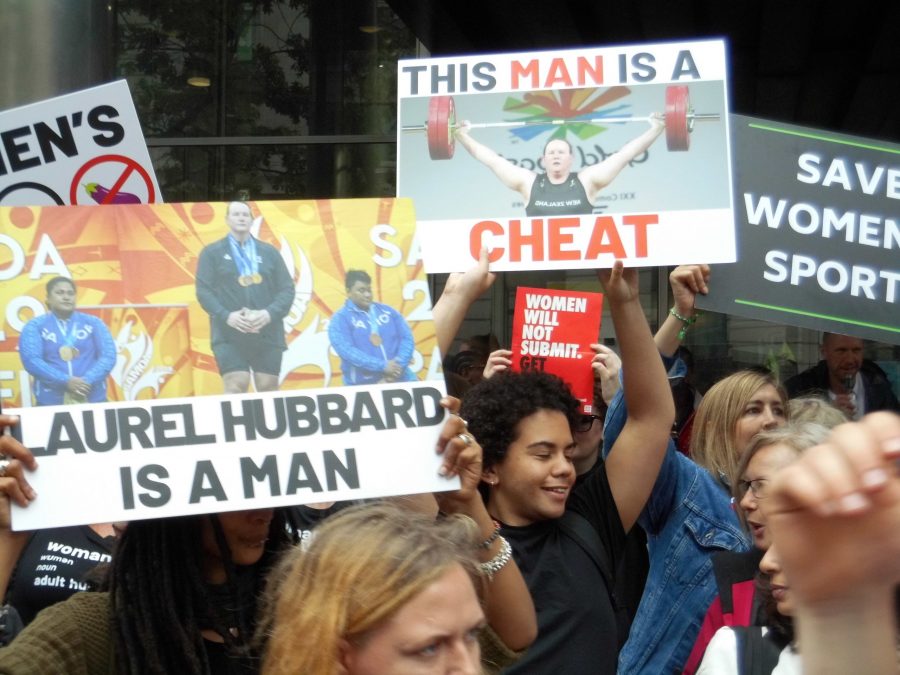 On the 19th September 2021 Rosie Duffield MP had to pull out of Labour Conference after receiving many online threats and complaints about her standing up for womens single sex rights and bodily autonomy as the female sex stating that: “Only women have a cervix” and objecting to the insertion of ‘gender’ as having primacy over sex, upsetting some in the LGBTQ+ Labour lobbies. These various lobby groups including Stonewall have an ready online ‘militia’ of mainly male activists who attack women often with rape and death threats such as:

“You get death threats and rape threats and threats of physical violence. Men just get told they are not good enough. With women it’s always violence. And it is quite scary sometimes.”

Threats are made on women in parliament if they don’t tow conflicting official party lines especially if they create inequity for women or if MPs do not succumb to their ‘groupthink.’ The House Speaker condemned the threats to MPs as Rosie Duffield avoided the Labour conference. Ms Duffield, who chairs the Women’s Parliamentary Labour Party, said she took the decision not to attend conference, “not because I really thought I was going to be attacked but because I did not want to be the centre of attention”. She says she has been branded “transphobic” for knowing that :

“only women have a cervix”.

when she liked a tweet pointing out that people with cervixes are called women.

This retweet was in response to a CNN tweet which said:

‘Individuals with a cervix are now recommended to start cervical cancers screening at 25 and continue through age 65, with HPV testing every five years’,

‘Do you mean women?’

In particular, The Spectator wrote:

“Duffield, like so many other women who have raised objections about the excesses of the transgender movement, has been abused, demonised and harassed. On occasion she has had to lock her Twitter account, so ceaseless have the insults been. There have been attempts to have her thrown out of the Labour party.”

By the 23rd September 2021, Sir Kier Starmer Leader of the Labour Party spoke to Rosie Duffield about Labours stance on transgender issues and her ‘stance’. Sir Kier felt that “We should have a process for self-identification, but I’m equally clear that the equalities legislation applies, and that means that in certain circumstances there can be an exemption.” Except for someone who is a lawyer he doesn’t seem to know the detail of the Equality Act 2010 (EA10) whereby actual ‘exemptions’ do not exist only ‘exceptions.’

In any case mass encouragement of changing gender by self identification (self ID) could mean more men claiming to be women using womens services and ultimately nullifying any case for single sex exception for women if the self ID ‘women’ (XY) begin to outnumber the women who historically , conventionally, economically, ethically and morally known as women and based on different biological and neurological make up (XX). Especially if womens numbers drop below those of males. Outnumbered is outvoted.

This should make a strong case for all single sex exceptions e.g sports refuges prisons wards etc to be enacted as default by sex not gender i.e strictly female only without application of a proportionality claim , as the transgender ideological capture of major institutions empowered by the protected characteristic of ‘gender reassignment’ lobby groups of the civil service, Members of Parliament and the House of Lords are destroying womens and childrens professional services in the NHS, Schools, Womens Sports, Womens Prisons and womens language. e.g removal of terms such as ‘mother’ effecting mass linguicide for women as females – as a distinct sex class.

In other words ‘gender reassignment’ is taken to literally mean a form of self -id in law, where being a woman is a name, a dresscode and a wig as the essential ‘attributes’ in intended ‘transition’ . If a man claims this protected this chracteristic of ‘gender reassignment’ by self identifying into it then women become acceptable collateral damage when they are now sharing prisons with male serial offenders, hospital wards, mental health wards and have their toilet privicies removed to accomodate men. This is domestic terrorism when women share their communal areas with rapists . This also erodes the dignity of women as human beings and as those who belong to one half of a sexually dimorphic species.

On the morning of the 26th September 2021 on National Television, Sir Keir Starmer, Leader of the Labour Party had thrown Rosie Duffield MP under the proverbial bus by insisting that she should not have uttered the words “adult human female”. Rosie Duffield was effectively silenced by him and warned by others to stay away from Labour Conference on its ‘security advice’. Lobby groups continue to infiltrate as far as changing the legal opinion of political parties and changing workplace diversity polcies. Their aim is to install a ‘flat earth policy’ everyone is equal (except women of course) as man made laws are made to suit men first and foremost. This policy goals are to dismantle all single sex provision, sports sponsorships, prisons, the NHS, data and census data, poltical representation of women in Parliament on an equal footing with mens voting power. Rosie Duffield supports more women in parliament. Having men who ID as women will never swing the balance more equitably towards addressing the voting gap between men and women and what policies are prioritised.

Rosie Duffield had since attended a fringe rally on the 28th September despite online threats from transactivists.

Jess Phillips has now been caught up in a battle of whits and sarcasm outside the fringe events venue the same day. When she was asked by the lead researcher for the Counting Dead Women project, (where victims names are read out annually in Parliament by Jess Phillips) Dr Julia Long , if she indeed stands by Rosie Duffield, Phillips looking flustered retorted:

“I stand with her literally all the time!”

Jess Phipps is no stranger to controversy over the same issue of whether one can change gender from man to woman and be called female as she stated that ‘trans women are women’ in an online chat on the popular parenting website MUMSNET when @bellinisurge asked a simple question.

In summary Jess says men can be women, that sex roles should based not on sex class but a ‘reformation’ of ‘gender’ (regressive anti women sets of sex role stereotypes obtained by performance) to ‘modernise’ it and that men who claim to be women are in fact now women and female entering womens spaces , refuges, prisons, sports legitimately unless women constantly apply for exceptions and relative risk assessments where mens feelings matter more than womens rapes and desire to be in counselling with another female.

In summary some of her consituents clearly have talked about peiods and wombs and that understanding mens self-opression is more important than womens feelings and safety.

The report produced in December 2015 from the first Transgender Inquiry headed by Maria Miller MP Jess Phipps as Vice Chair highlights the behind the scenes astoturfing of Members opinions from government funded transgender organisations such as Mermaids, GIRES, and Gendered Intelligence and other powerful lobby groups like Stonewall.

Astroturfing is a technique employed by this Inquiry in 2015 whereby government funding the year before created many new ‘transorientated’ groups singing from the same songsheet. The noun of astroturfing is

“the deceptive tactic of simulating grassroots support for a product, cause, etc., undertaken by people or organizations with an interest in shaping public opinion: In some countries astroturfing is banned, and this includes sponsored blog posts“

This ‘forced teaming’ of groups involes a projection of a shared purpose or experience where none exists . The impact of ‘forced teaming’ in particular includes ‘gaslghting’ of majority views.

According to this article by Dr Em, forced teaming confuses our intuition and disarms us to threat. Jennifer Lombardo wrote in Abusive Relationships and Domestic Violence ‘people use words such as “we” and “us” to trick others into thinking they are part of a team’ when they aren’t.

Consultation on the introduction of tenant satisfaction measures (TSM)

“I stand with her literally all the time!”